Saratoga Data Systems was founded by a group of data processing and semiconductor tool industry veterans who have been collectively responsible for the development and sales of industry standard software applications used around the world. The Saratoga team has extensive experience in the development of data processing applications, design automation software and the integrated circuit design and manufacturing process.

In the years leading to Saratoga’s founding, Saratoga’s founders were each challenged by massive data volumes proliferating faster than hardware and software facilities designed to process the data. Having worked together over the past several decades, the Saratoga team united to solve the data expansion problem first for the semiconductor industry and then to broaden their solutions for all industries and applications. 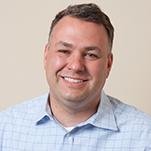 Mr. Fairbank holds a BS from Cornell University, an MBA from Harvard Business School, and is a Distinguished Graduate of the US Army War College (MSS).

Mr. Fairbank has co-founded three companies for which the primary competitive product differentiation was the efficient management of massive data volumes. Most recently, Mr. Fairbank was a co-founder of Pinebush Technologies, the provider of the current semiconductor industry standard IC design printing product – HyperPlot. Prior to Pinebush, Mr. Fairbank co-founded Phoenix Data Systems, the developer of the first semiconductor industry standard physical verification and manufacturing preparation software – Maskap. Experience and product requirements of these company’s products led to the formation of Saratoga Data Systems.

Mr. Fairbank holds a BS Mathematics and an MBA, both from the State University of New York at Albany.

He co-founded two previous companies with Richard Fairbank. At Cadence Design Systems, Luminescent Technologies, and Synopsys, he was a senior architect and developer for cutting-edge EDA applications including layout verification and mask generation.

Flume uses industry standard algorithms to ensure that literally every bit of transmitted data is accurate - guaranteeing, even in the most challenged network environments, that mission critical data is sent quickly and accurately.

Schedule a demo or contact our team of professionals.